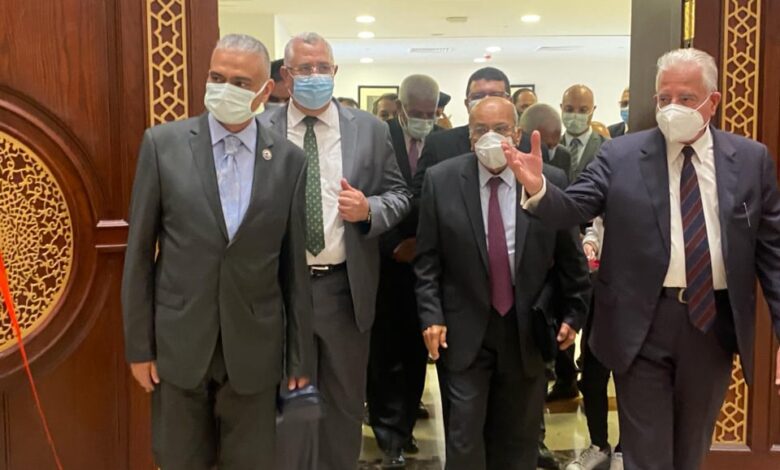 On the 21st of March 2021, King Salman International University hosted the celebrations of South Sinai Governorate, the 32nd anniversary of the Taba recapture, in the presence of Major General Staff Khaled Fouda, Governor of South Sinai, Dr. El-Sayed El-Qusair, Minister of Agriculture, Major General Adel El-Ghadban, Governor of Port Said, and Dr. Mofeed Shehab, a member of the Taba Defense Authority, and the former Minister of Higher Education, Karam Gabr, head of the Supreme Media Council, a number of members of the People’s Assembly from Sinai Governorate, businessmen and investors, and dignitaries from Sinai Governorate.

The honourable audience was received by Dr. Ashraf Hussein, President of the University, then the events began with the opening of the Student Activities Exhibition for King Salman University.

Major General Staff  Khaled Fouda, Governor of South Sinai, congratulated the people of Egypt on the occasion of restoring Taba to Egyptian sovereignty, praising the role of the armed forces to liberate Siani, and appreciating the role of everyone who sacrificed himself for the sake of the homeland.

The celebration included a lecture by Dr. Mofeed Shehab on the stages of the withdrawal of the Zionist enemy from the land of Sinai, the efforts made in collecting documents and searching for witnesses to refute the allegations of the enemy through the Taba Defense Committee, and a lecture delivered by Karam Jabr commenting on Dr. Mofeed Shehab and the lessons learned from them.

The ceremony ended with the Governor of Sinai presenting memorial shields to the dignitaries of the ceremony, and Dr. Ashraf Saad, President of the University, handed the University’s Honorable Law Shield in appreciation of his efforts and an expression of gratitude from the university’s employees for his political and scientific career, and their appreciation for this scholarly stature that we are all honoured by. 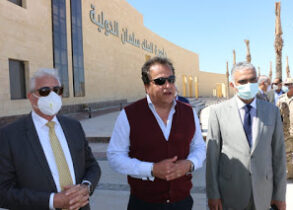 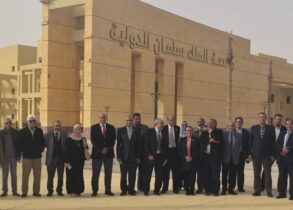