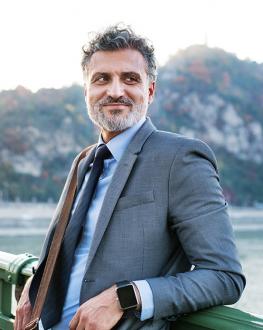 Dr. Mohammed Fouad received his BSc in agricultural sciences in 2005 (Faculty of Agriculture, Tanta University, EGYPT) with an honors degree #Ranked (1). Upon graduation, he was appointed as a demonstrator in the same institution. He obtained a Master of Agricultural Science in Animal production in 2010. Early in 2011, he was appointed as an assistant lecturer in the same college. In 2014, he was awarded a scholarship for two-year through the joint supervision program from the Cultural Affairs and Missions Sector, Ministry of Higher Education, EGYPT. Dr. Mohammed Fouad joined the Aquatic animal nutrition Laboratory, Department of Aquaculture, Faculty of Fisheries, Kagoshima University, JAPAN (2014 –2016) as a visiting researcher. From 2017 to 2019, he worked as a visiting professor at Biochemistry and Technology of Marine Food and Resources Department, Microbiology lab, Faculty of Fisheries, Kagoshima University, JAPAN. Dr. Mohammed Fouad also worked for private Japanese companies in the sector of food quality assurance and sorting of aquatic animals. Dr. Mohammed Fouad reviewed several scientific articles for international leading Journals.

Secretary of the Quality Assurance and Accreditation Committee.

Member of the following committees: * Assessment office (The Control); * Mitigating circumstances committee; * LMS committee; * Faculty of Desert Agriculture Board; * Central Committee to inspect and receive devices; * Chairman of the Committee for Rodents and Insects Control