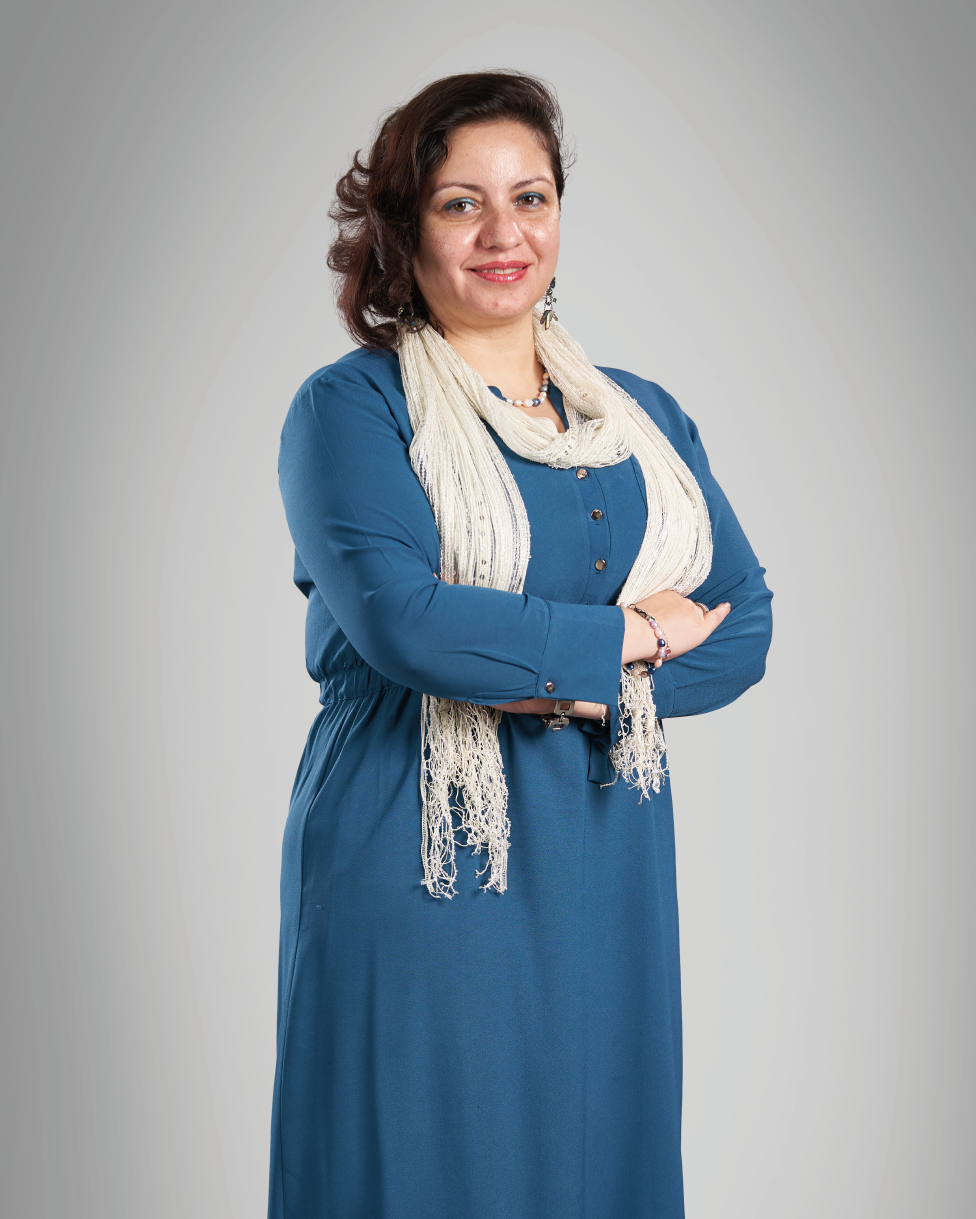 Lecturer in the Department of English

A lecturer, book reviewer and a freelance translator. She received her MA and  PhD in translation from the Faculty of al-Alsun, Ain Shams University. She has given conversation classes and taught translation into/from Arabic courses, besides teaching research methods in translation for postgraduate students, and coordinating and supervising translation graduation projects for senior students in the Department of English.

She translated some articles for “Awasir” Journal in 2008, “Al-Alsun littarjama” Journal in 2010 and 2011, and al-‘Arabi al-Jadid newspaper in 2017. She also wrote reviews on Radwa Ashour’s and Amin Haddad’s works in Tahrir newspaper, Shuruq online gate, Ibda’ and Doha periodicals.

Her translations include Deborah Moggach’s short story “changing babies”, part of Ritu Menon’s book Border Crossings, part of Geoff Dyer’s Jeff in Venice, Death in Varanasi, part of Claire Messud the last life, Basharat Peer’s “What Lies Beneath” and the introduction to Ali Abunima’s book One Country which were published in Palestine Festival of Literature Anthology 2008, 2009, 2010, 2011 and 2013 respectively. She has also been the editor of Palestine Festival of Literature Anthology since 2012 and the head of its translation team since 2014. She also co-translated Tahrir Diaries and Radwa Ashour’s All the Oppressed have Wings published by Dar-ush-Shuruq in 2012 and 2019 respectively.

Politics of translation and its role in documenting or fabricating history

Translation and the ethics of re-narration